“they’re actively erasing our memories, by destroying our historic neighbourhoods, by removing people from homes”

While the above quote by Moor Mother is a reference to her community in Philadelphia, I find that it utterly suits the theme of Africville’s history and reflects the community’s resilience and longstanding work in seeking restitution for its unjust destruction.

When I first learned about Africville and the forced relocation of its residents, I was stunned. I had lived in Halifax for nearly three years at the time and had just completed a thesis at the Saint Mary’s University International Development Program, so it came as a complete surprise to me that the existence of this African-Canadian village, established in the mid-18th-century and demolished in the 1960s, was not once mentioned either at the university I attended or in all the documentation I’d sought out about the history of Halifax. Evidently, I’d been looking in the wrong places. After graduating, I joined a friend of mine – a sociology professor – when she organized a trip to the Africville museum for her undergraduate students.

The Museum is housed in a replica of the Seaview United Baptist Church that stood as the heart of the community. It sits on the same land where the people of Africville lived for a hundred and fifty years. The museum, hard won after decades of justice-seeking by the Africville Genealogy Society, was built after an apology from Peter Kelly, who was Mayor of the Halifax Regional Municipality, in 2010 . This apology was backed up with a financial compensation of nearly five million dollars. The Museum recounts the story of a resilient community on the banks of the Bedford Basin that stood with dignity and grace in the face of violent racism. Through a combination of photographs, audio recordings, and written history, the exhibit illustrates how the city’s anti-black racism took structural form in its decisions to locate undesirable public facilities near Africville. The city moved an abattoir, a prison, an infectious diseases hospital, a dump, and an encroaching railroad, which led the community to lose its post office, its school, and shops. The Museum’s exhibit showcases the history of Africville and it’s a transition from thriving and beloved community to its ruthless dislocation while celebrating the fortitude of the community even through these injustices.

It is upon this history that Mount Saint Vincent’s University Art Gallery, Africville Genealogy Society, the Black Cultural Centre, and the National Film Board collaborated to create the exhibit Africville: A Spirit that Lives On in 1989. This collaborative exhibition explored the spirit of Africville through art, artifacts, contemporary and historical audiovisual material, documents, and photography. And, again, it is upon this original collaboration from thirty years ago that the 2019 Africville: A Spirit that Lives On. A Reflection Project is based. This reflection project is an opportunity for viewers to explore the archival material from artists and community members with connections to Africville. This exhibit illustrates the preservation of artifacts as an act of recovering memory. 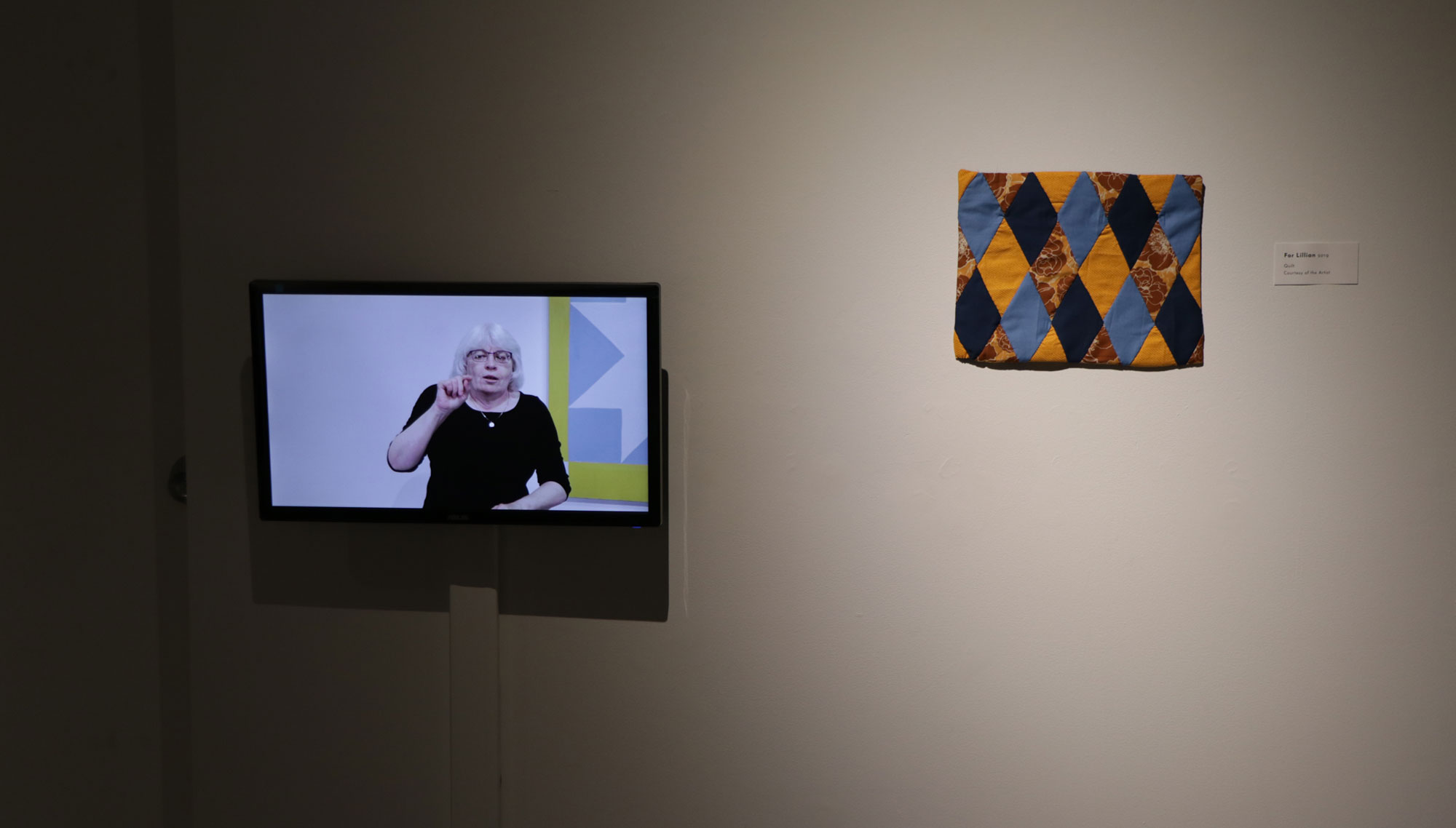 The ground floor of the gallery is filled with an abundance of art, artifacts, documents, and audiovisual material touching on the themes of Africville relating to home, belonging, displacement, resilience, community, church, and recreation. Some of the pieces in the collection, like recorded poetry from Neema Mazonge and Martha Mutale, are contemporary additions to the exhibit. Another contribution is contemporary artist Cyrus Sundar Singh’s film and photo installation titled Emancipation2Africville. This piece consists of three video vignettes; Africville2Emancipation – filmed in 2016 during the 32nd Africville reunion; I Am Your Ancestor – filmed in 2014 during the 152nd Emancipation Festival Picnic in Harrison Park; and Emmancipation2Africville – filmed in 2018 during the 35th Africville Reunion. The video installations chronicle four years of community remembrance through storytelling and celebration in honour of Africville as well as Black elders and ancestors.

One of the most notable pieces is Dana C. Inkster’s 1999 film titled Welcome to Africville. A ‘docufiction’ combination of black and white archival footage of the razing of Africville and interviews with four fictional Africville residents on the eve of the destruction of the community. This fifteen-minute film depicts four characters, three generations of women and a bartender, who eschew the questions regarding their feelings about the destruction of their community and focus instead on their personal explorations of sex, queerness, desire, and loneliness. This film evokes a sense of profound loss in both the ways characters are portrayed evading the question regarding the razing, and in the filmmaker’s choice to juxtapose the archival footage of destruction with bright colours and upbeat soundtrack in the scenes populated by the characters. 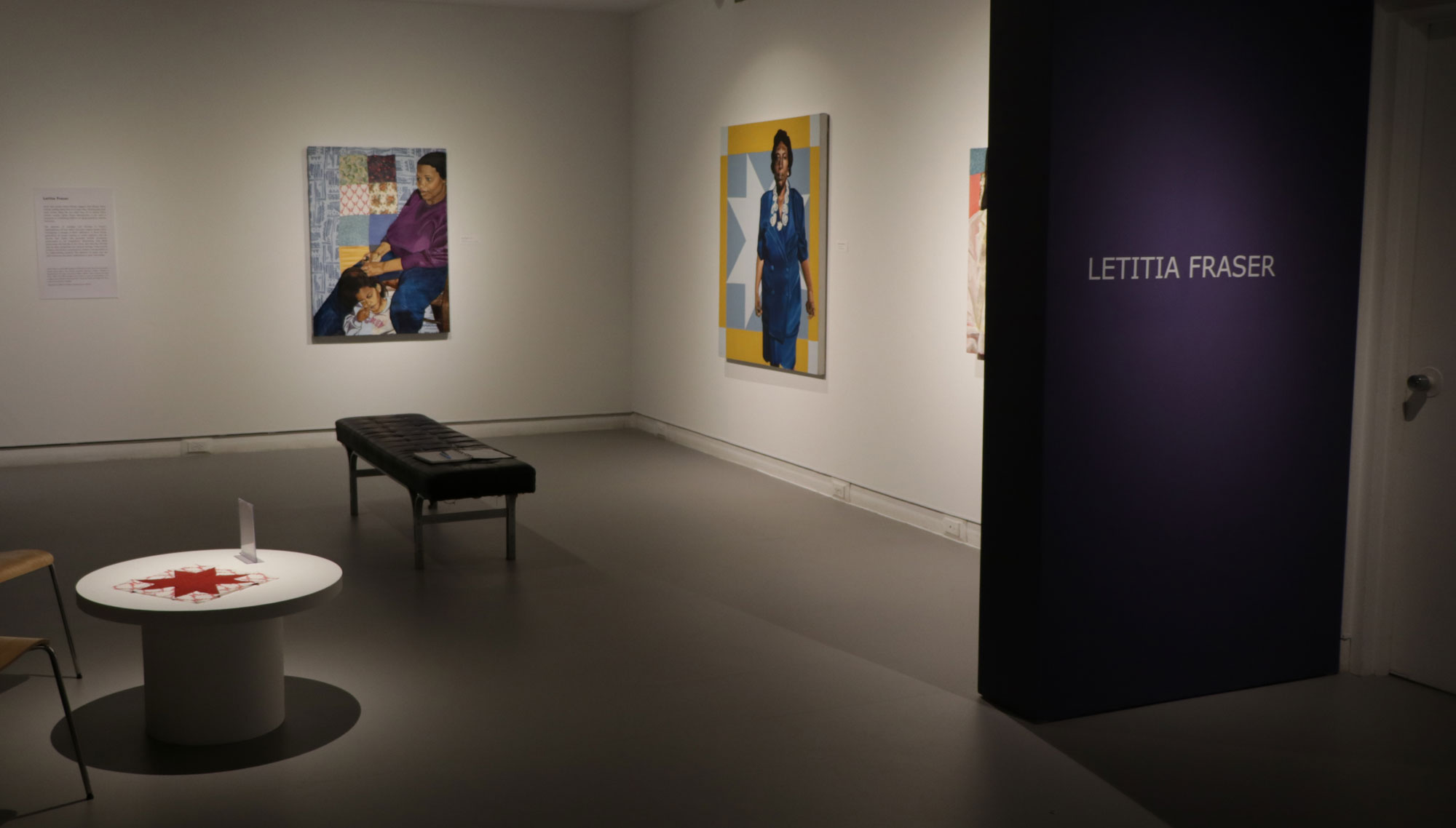 On the second floor of the gallery are Letitia Fraser’s oil paintings and quilt work. Fraser’s work pays homage to the elders of her family and community in North Preston. In two of the three large pictures hanging on the gallery walls, she employs the ingenious technique of painting on quilts primed with rabbit skin glue instead of gesso, which lend the quilts a subtle sheen. One of the paintings is of her grandmother Mommay; it is a stunning oil paint portrait in which the design of the quilt peeks through and interacts with the paint to a mesmerizing effect. Another is of her great aunt Lillian Downey; the artist mentioned, at a panel discussion supporting the exhibit, that her quilt making and use of primed quilts instead of canvas is a nod to both her grandmother and great aunt’s own practice of quilt making. These connections are made evident in the three quilts on display alongside the paintings, one of which is a large quilt with three eight-pointed north stars, for her grandparents and her great aunt. While the practice of quilting in black Nova Scotia relates to the underground railroad, the artist uses it in reference and reverence to her North Preston community. 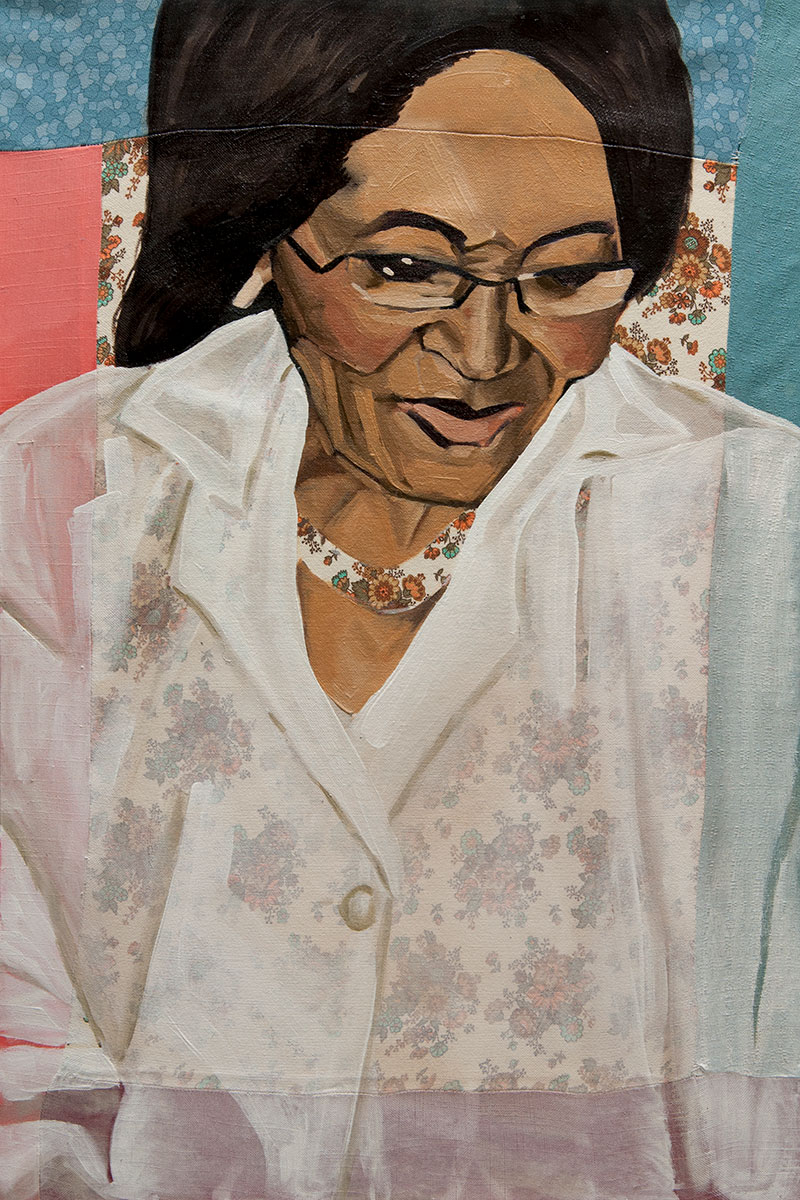 These two exhibits, Africville: A Spirit that Lives On. A Reflection Project and Letitia Fraser’s work are separate and distinct, yet they both speak to themes of blackness, community, and belonging in Nova Scotia. They tell stories of two historic black communities in Nova Scotia and explore ideas of legacy, intergenerational storytelling, and craft sharing. Broad in scope and abundant in objects and artifact, the Africville: A Spirit that Lives On. A Reflection Project excels in illustrating the breadth and depth of resilience displayed by the community and descendants of Africville. In contrast, the exhibit of Letitia Fraser’s work, though only six objects, illuminates the profound power of familial bonds and intergenerational skill sharing.

francesca ekwuyasi is a writer and filmmaker from Lagos, Nigeria. Her work explores themes of faith, family, queerness, consumption, loneliness, and belonging. You may find her writing in Winter Tangerine Review, Brittle Paper, Transition Magazine, Malahat Review, Visual Art News, and GUTS Magazine. She was long-listed for the 2019 Journey Prize. francesca is the creator of the short documentary Black + Belonging which screened at the Halifax Black Film Festival and the Festival International du Film black de Montréal. She just completed a residency at the Khyber Centre for the Arts, where she worked on a film project that navigates the intersections of queerness and faith.
Share

Billie is published on the traditional unceded territory of the Wolastoqiyik and Mi’kmaq Peoples.